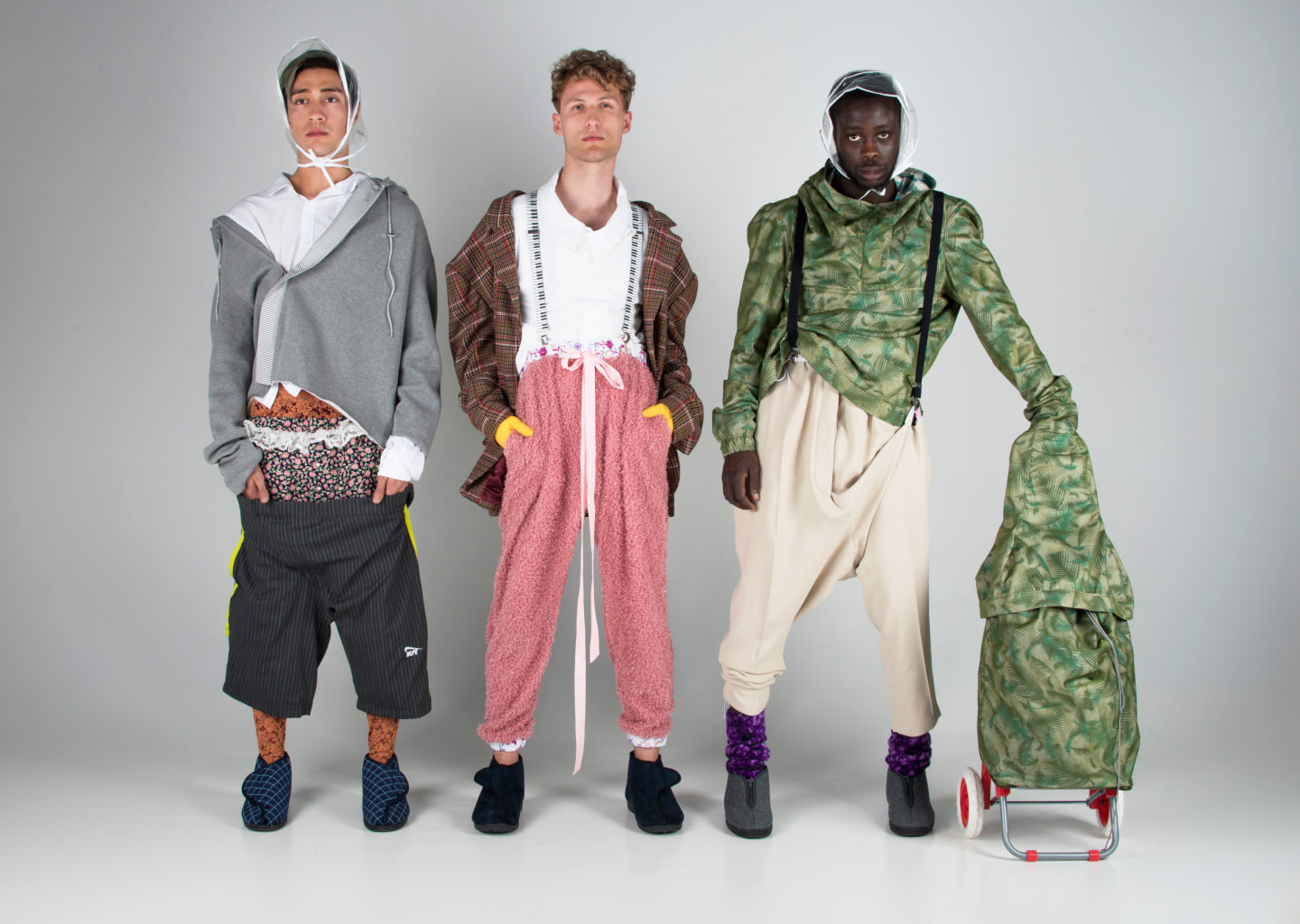 These are the fashion designers that are changing our perceptions, resolving industry issues and chipping away at accepted norms. Each of them is an energetic rising star, some winning awards for their work, others forging new and successful businesses. As graduates of UK design schools, they are a credit to many of Britain's internationally acclaimed fashion institutions.

You won't find reams of catwalk photos in these Instagram Fashion feeds - each of these feeds is a glorious mix of fashion, lifestyle and art, exposing the real creative characters behind the work.

Swiss-born, Central Saint Martins graduate Kévin Germanier is challenging our impression of what original and sustainable design can be. His Instagram fashion feed is an ethereal collection of colourful cool that belies his strict upbringing. After being selected as the winner of the EcoChic Design Award 2014/15, Kévin spent three months with the Shanghai Tang design team to create the brand’s first luxury up-cycled collection.

Australian designer, Deanna Fanning creates coral-like knitwear that is colourful, layered and textured. Growing up in Australia, Fanning was inspired by the piles of 90s European fashion magazines collected by her grandmother. Her Instagram fashion feed includes recollections of these images, forming a narrative around her current work. Working alongside her sister Laura Fanning, the duo plan to launch their own fashion label.

Craig Green is a Central Saint Martins Fashion Masters 2012 graduate and has recently been selected as Menswear Guest Designer at Pitti Uomo 94. Green will be presenting an exclusive runway show, featuring his S/S 2019 collection in Florence. His Instagram feed is a mix of art and fashion illustrating his vibrant compositional creative.

John Alexander Skelton studied art at Brighton University before moving on to study fashion at the London College of Fashion and then Central Saint Martins. Skelton has a deep commitment to sustainability with much of his work comprised of up-cycled fabrics reformed in a pre-industrial British aesthetic. His highly original work is often showcased in equally unique ways, confounding the norms of the big fashion week shows. Skelton will be showcasing his latest collection at Fashion in Motion later this week.

Sadie Williams is a young London based designer creating 'innovative, textile driven fashion'. Sadies' work is reminiscent of early modernism (Sonia Delaunay for instance) where colourful abstractions are carefully crafted to form dynamically composed garments. Her collections are dominated by geometric bold colours, nautical symbols and playful collages of fabric. Sadie's work was recently featured at LONDON show ROOMS in Paris - a British Fashion Council initiative that Bonaveri supports. Her work has been showcased as part of Selfridges ‘Bright Young Things’ and in 2014 The Design Museum included her work as part of their ‘Designs of the Year' exhibition.

Described by some as a wonderfully original English eccentric, Matty Bovan's work is a riot of expression, colour and creativity. It all looks highly experimental but Bovan's technique belies a carefully considered composition of fabrics, textures, colours and art. Shortlisted for the British Emerging Womenswear Talent for The Fashion Awards 2017, he has worked with Marc Jacobs and Miu Miu, and is a Senior Contributing Fashion Editor of LOVE Magazine.

Christian Cowan's rise to fame has been meteoric. He's another CSM graduate that has quickly established himself, working with organisations and celebrities that have championed his own rise to fame. He describes his work as "...here to brighten up your day to day". Cowan studied at Central Saint Martins & London College of Fashion and has worked with the likes of Lady Gaga, Miley Cirus and tech giants Acer (The famous selfie hat) and Google. Cowan is now based in New York.