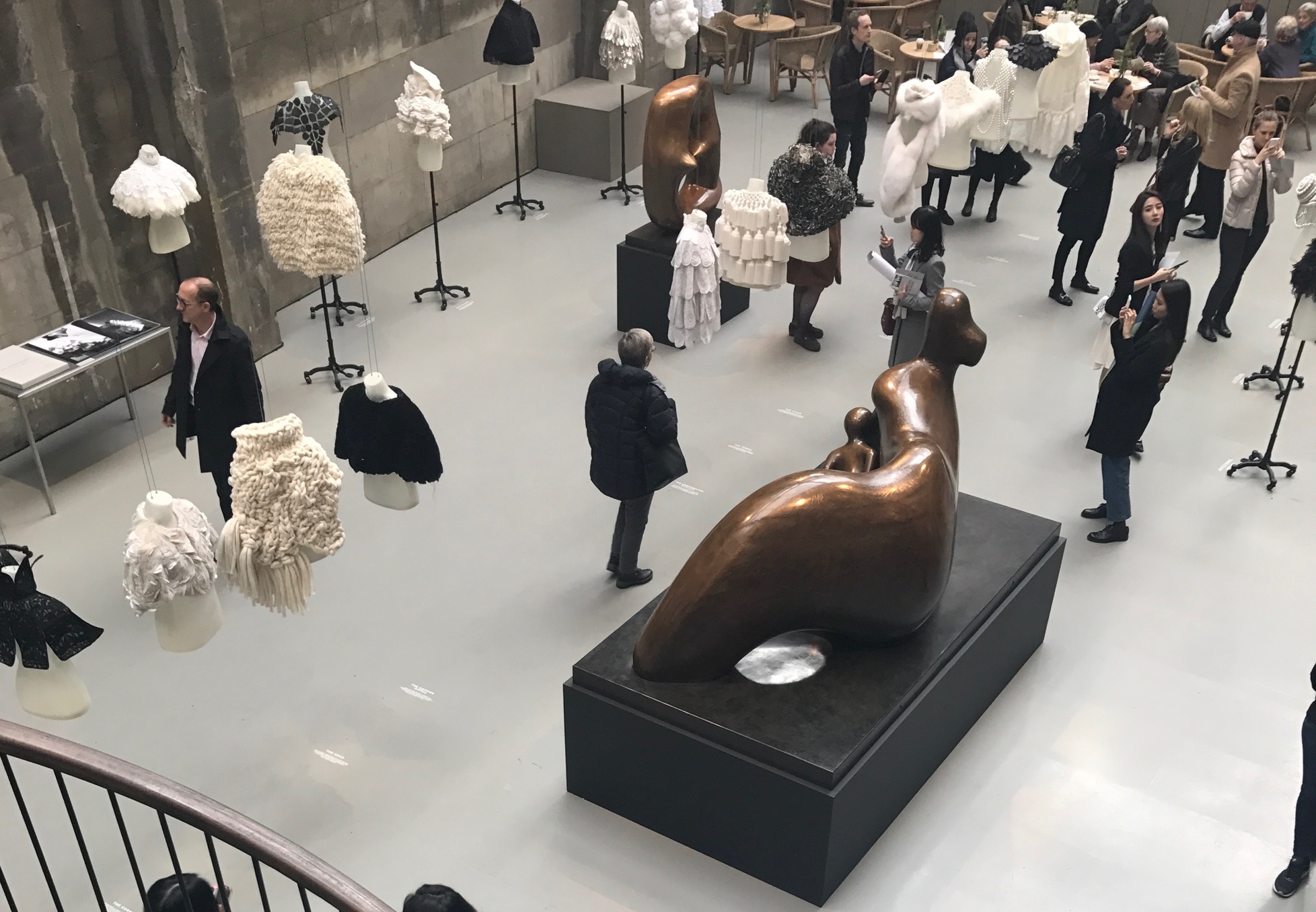 Burberry hosts a seasonal event at Makers House that opens to the public directly after their runway show. This year, Burberry has worked with the Henry Moore Foundation and re-arranged Makers House to showcase their Autumn Winter 2017 collection alongside Moore's work.

Included in the exhibition are a series of 78 handmade limited-edition Burberry Capes displayed on Bonaveri bust forms. Some of these are suspended from dual steel wires, others on black Bonaveri 'American' bases. Each bust form was made in a semi-translucent fibreglass that complements the many white Burberry Capes on display.

The bust forms were provided with a fitting in the neck to allow each to be suspended from the ceiling - some from nearly 10 metres above ground. Elsewhere, 80 Aloof and Noble mannequins were used to display Burberry's A/W17 Collection.

40 of Moore's sculptures and many of his personal objects are included in the exhibition. Alongside the Bonaveri bust forms and mannequins, there are sketches, sculptures, maquettes and objects that add to the raw and unfinished feel. The effect is reminiscent of an artist's studio and the bust forms certainly lend weight to the sculptural atmosphere.

Burberry's Makers House is on until Monday the 27th of February.