'Bonaveri - A fan of Pucci' - An exhibition of heritage and craft 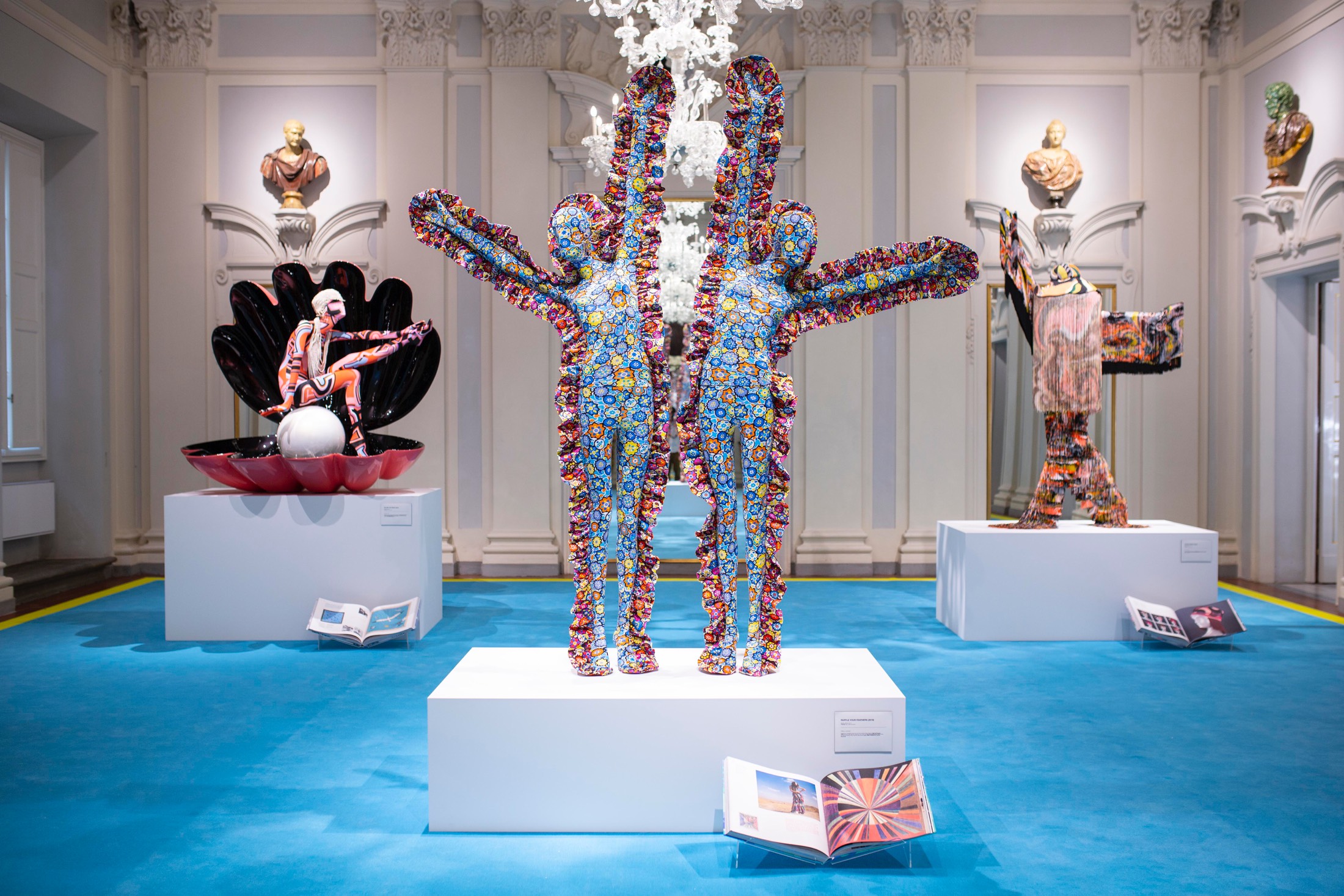 Walking into Palazzo Pucci you're immediately struck by the history of the place. This renaissance palace has been home to the Pucci family for centuries and for the last 70 years, home to the eponymous brand started by Emilio Pucci in 1947. It's the perfect backdrop to stage 'Bonaveri - a fan of Pucci' an exhibition that draws reference from both the heritage and inspiration of the palace.

Like Pucci, Bonaveri finds it's origins in the early 1950s. Started by Romano Bonaveri, a sculptor whose artistic skill in working with paper and plaster would lead him to create, what is now considered, Italy's leading mannequin company. The exhibition 'Bonaveri - a fan of Pucci' is a celebration of the artistic skills that have been employed by Bonaveri and Pucci since their inception. It's a commitment that is unwavering and evident in the current collections that adorn the grand rooms of Palazzo Pucci.

Like many Italian brands of their time, Bonaveri started life by developing traditional craft in the context of post-war Europe, carving out a new aesthetic for Italy and Italian design. The design industry, post-war had developed a renewed respect for its rural and artisanal past while at the same time, navigating a rapid industrial, social, urban and economic expansion.

In Pucci and Bonaveri we see all of the hallmarks of this period; an exploration and fusion of classic Italian style combined with never-before-seen innovation and practicality. Pucci is renowned for designs that liberated female fashion, granting active women 'unprecedented freedom of movement'. Likewise, Bonaveri's early mannequins reflected this growing liberalisation at a time when ready-to-wear was a fledgeling phenomenon.

New Italian companies like Bonaveri and Pucci, were finding success providing products that satisfied the needs of a modernising world. As this newly liberated society found new ways to dress, furnish and live their lives, a whole new set of products were required that required unique design solutions. This would lead to the distinctive aesthetic that we recognise and refer to today as 'Made in Italy'.

Italy's newfound aesthetic had delivered a renaissance in art and design and through the visionary leadership of people like Emilio Pucci and Romano Bonaveri we see two successful companies that have learned to combine skill, craft, tradition, and innovation.

In this exhibition of archive and current items by both houses, we see as much of this innovation as we do experimentation. No one designs in a vacuum and certainly both Pucci and Bonaveri reflect their past and future with pinpoint accuracy. Archive footage of Pucci models on the roof of Palazzo Pucci in the 1960s is cleverly recaptured in a photo shoot by exhibition designer, Emma Davidge using Bonaveri's Schläppi 2200 mannequins.

On the ground floor, in the Palazzo courtyard, a giant mannequin and a series of vintage Schläppi 2000 mannequins are covered in Emilio Pucci's Vivara print. On the first floor are 56 Sartorial bust forms each seated in opposing rows, each coloured in one of Pucci's hallmark Pantone references, each sporting an item from the Pucci archive.

The Ballroom on the first floor is where imagination has run wild. Here Pucci and Bonaveri have created unique art pieces covering Bonaveri's mannequins in archive garments and fabrics and drawing on historical events for their narrative. A striding Schläppi is covered head to toe in cut straw, referencing the use of this basic material by Pucci in the 1950s. Elsewhere the famous pearl bikini is draped over a Schläppi mannequin seated in a shell in homage to the 'Birth of Venus'. This is the narrative of modern Italian design, always drawing reference from heritage applying a twist as only Italians can.

Emma Davidge, along with her team at Chameleon Visual has captured an essence of Pucci and Bonaveri whilst also making it clear that continued innovation requires the inclusion and investment in both heritage and artistic talent. Both Bonaveri and Pucci are proponents of design innovation - both understand that the weight of heritage is only lifted by innovative fresh ideas.

'As a company, we give young designers space to break the rules. That kind of energy is invaluable - too much structure stifles the will to think different.'

The exhibition includes rooms that showcase a focus on craft - on the ground floor Polimoda students and members of Bonaveri's atelier are gathered together in Emilio Pucci's former studio. Bonaveri is a brand that invests heavily in traditional skills and it's here where we witness seamstresses, painters and pattern cutters hard at work covering bust forms, painting miniature Schläppi mannequins and pinning together mini Pucci caftans. It's this investment in traditional craft that ensures Bonaveri's place as a world-class leader in mannequin and bust form design.

The exhibition is a nod to tradition and a comment on the present and future of two iconic Italian brands. The fact that they have decided to come together here now, to showcase these skills is an acknowledgement that in order to remain at the forefront of the industry, established brands must continue to explore and innovate in the context of their heritage and craft.