Schläppi 2000 mannequins for The Shop At Bluebird 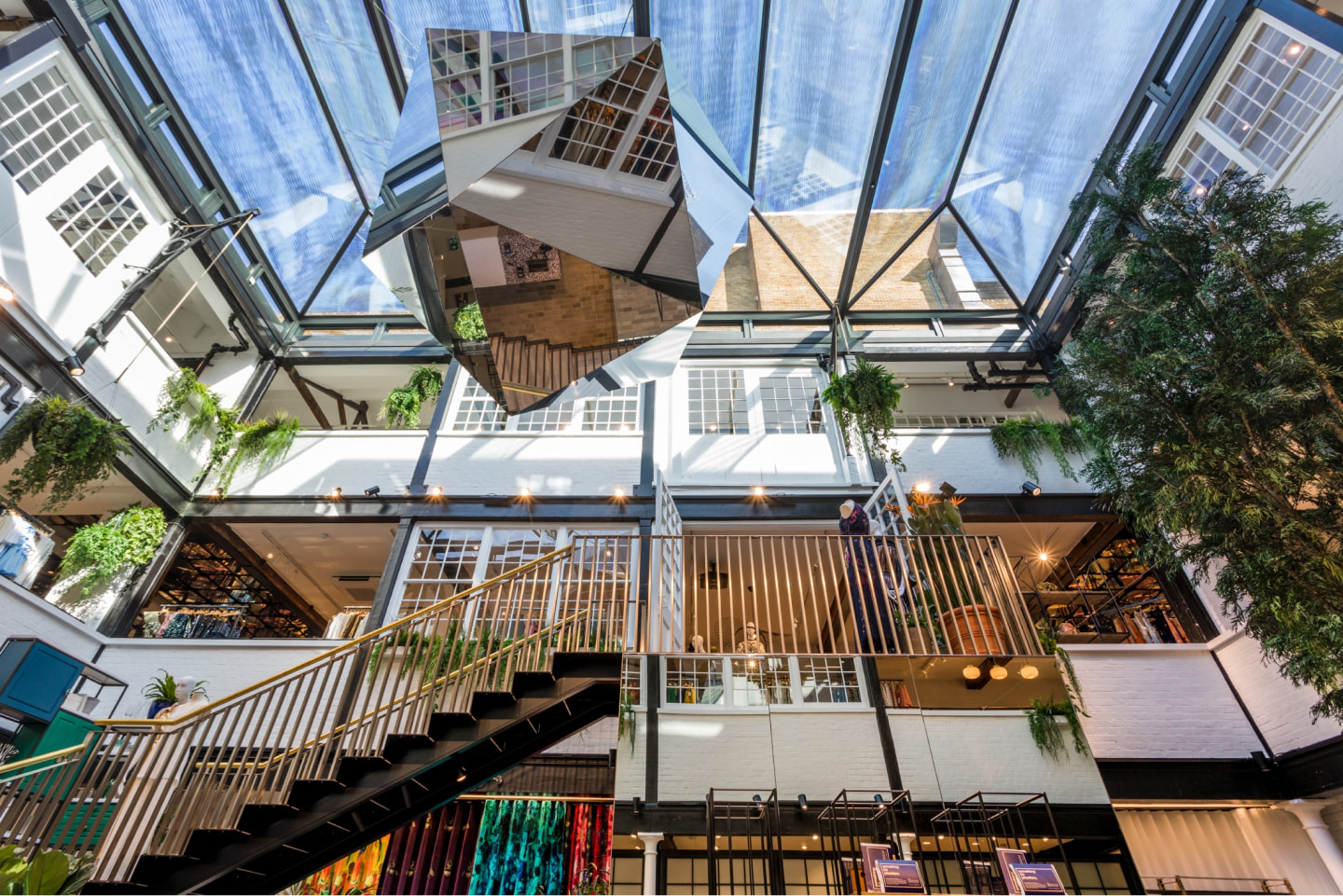 The Shop At Bluebird has opened doors to their new 15,000 square foot space in Covent Garden's Carriage Hall on Floral Street. The new store is set over three floors of the 19th-century Grade II listed building and features retail space arranged around a sun-filled atrium.

Bonaveri has supplied the Shop at Bluebird with 10 new Schläppi female mannequins from the 2000 collection which were also used by Bluebird in its previous location on the King's Road. The former art-deco garage space was home to the retailer for over a decade but lacked the space necessary to develop the design-led concept store further. By moving to the new space, an additional 5000 square foot and a day-lit atrium adds an impressive new dimension to Bluebird's brand. A restaurant on the second floor and a permanent exhibition space for the Fashion Illustration Gallery has given the store a greater opportunity to expand its concept offerings. Where previously these felt like add-ons, the store now has a much clearer identity as a lifestyle retailer.

Created by former husband and wife duo, John and Belle Robinson, The Shop At Bluebird was an early example of a concept store with a carefully curated selection of products alongside exhibition, dining and lifestyle spaces. Bluebird played an important role in the development of the concept and as it moves to Covent Garden it will join other brands contributing to the resurgence of West End retail. Recent additions to the neighbourhood include Petersham Nurseries, Kent & Curwen - the men’s British heritage brand part-owned by David Beckham, and the new Dover Street Market designed by Comme des Garçons' Rei Kawakubo.

With the pressure on retailers to compete with online brands, there is no better time to focus attention on areas that are high in pedestrian traffic. Covent Garden offers Bluebird that opportunity with a mix of locals and tourists adding to the footfall.