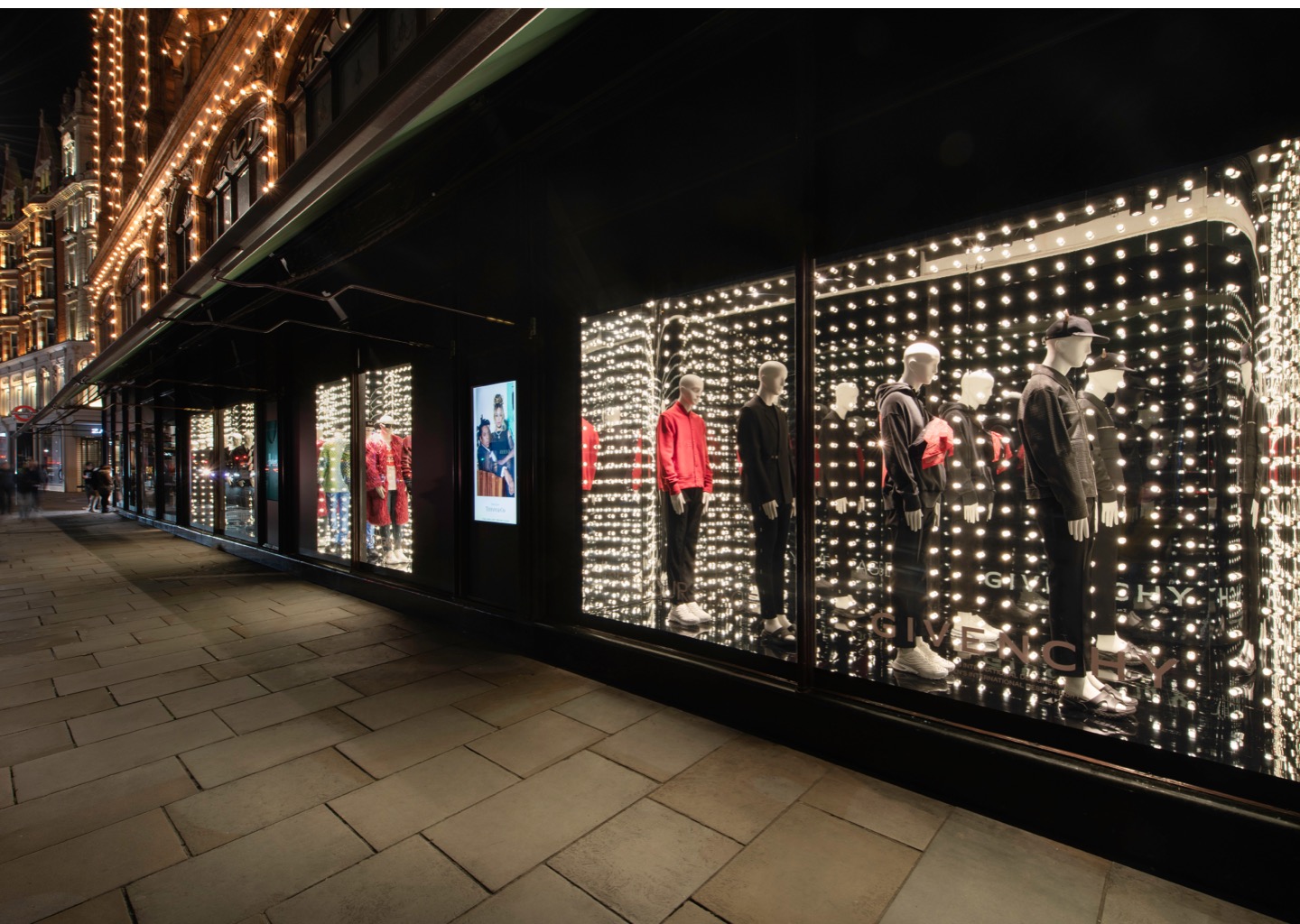 'Set Your Stage' is a new campaign by Harrods that celebrates individual style and an ever changing landscape of fashion. Featuring a short film by Iggy London, the campaign includes work by poet Kai-Isaiah Jamal, musician Bradley Miller and singer-songwriter Priya Ragu.

While style is completely individual, there is unity to be found in sharing it with the world.

Harrods' visual merchandising team has assembled a masterful window installation that creates a moment in time, reflecting the point at which we start our exploration into original expression.

Using a series of Schläppi 7000 'Noble' male mannequins, the installations are strongly based on a grid thematic representing common ideals. Each mannequin is then layered in garments that reflect the individual styles we create within common themes.

For Iggy, setting your stage means “owning the space that you’re in”.

Each of the Brompton Road windows is dedicated to a particular designer with Berlutti, Valentino, Givenchy, Saint Laurent, Dolce & Gabbana, Tom Ford and Zegna all represented against a backdrop of mirrors and a grid of white bulbs. The effect is cinematic and layered, filled with the vibrancy and excitement of expectation.

The 'Set Your Stage' edit is now available at Harrods, Brompton Road and online.