The Jil Sander exhibition in Frankfurt is the designer's first solo show and reveals a lifetime of creative refinement from the doyenne of minimalist style.
Author
Ian Thompson
Date
December 4, 2017
Category
Events & Exhibitions
Previous Post
No more posts.
Next Post
No more posts. 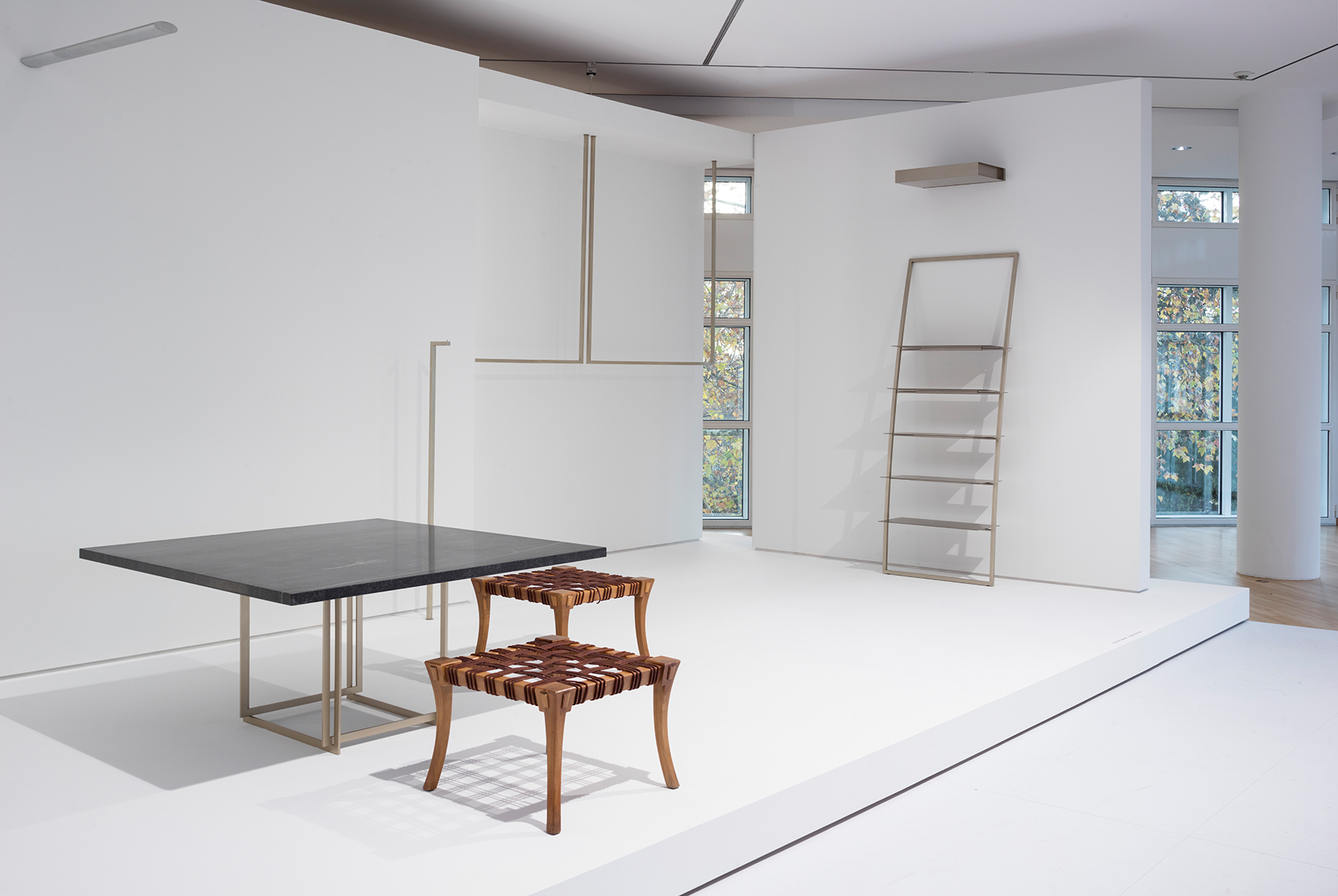 The Jil Sander exhibition in Frankfurt is the designer's first solo show and casts light on a famously reclusive character, often described as the 'high-priestess of minimalism'.

Jil Sander and curator Matthias Wagner K, have gathered together a snapshot of the designers work, intertwined with photography, music, architecture and garden art synonymous with her long career. Pieces from her archive collection are assembled in over 32,000 square feet of display space in Frankfurt’s Museum of Applied Arts using 44 of Bonaveri's Schläppi 2200 and 14 fashion bust forms. The show is as you would expect; rich in deeply considered elegance and minimalism, each room dedicated to a specific niche in her firmly established modern narrative.

The exhibition at the Museum of Applied Art in Frankfurt features work across multiple disciplines; sound, photography, art, architecture and garden design. Sander once admitted that "If I hadn't been a fashion designer, I might have been an architect". The 1980s Richard Meier-designed museum is the perfect vestibule for her show - Sander stating that she "immediately felt at home in the Richard Meier building..."

Her multi-sensory approach to her work is evident in collaborations with photographers Peter Lindbergh, Irving Penn, David Sims, Nick Knight, Craig McDean, Mario Sorrenti and Jean-François Lepage. French composer Frédéric Sanchez and art director Marc Ascoli who she worked with on each of her advertising campaigns are vital elements in the show's overall narrative.

The Jil Sander exhibition is a sort of 'show and tell' - Sander revealing her decades-long techniques alongside each of the disciplines she worked with. Revealing her recipes for success exonerates her from her critics who sometimes saw her as too controlling of her creative narrative. Her style has proven its durability.

Jil Sander founded her eponymous label in Hamburg, Germany in 1968. She launched her collection in 1973 followed by her first Paris show in 1975. A decade later she listed her company on the Frankfurt Stock Exchange and by the 1990s was enjoying international success with locations in London, Paris and New York. Almost half a century later, the brand's deepest values continue to excite the industry through it's hard-wired creative DNA.

After selling 75% of the label to Prada in 2000, Sander left the company in 2001, only to return in 2003 to help restore the 'directionless' creative. However, Prada's 'financial plans' for the company were at odds with Sander's own ideas, and soon after arriving she left again in 2004.

Raf Simons arrived at Jil Sander in 2005 soon after Prada sold the company to the private equity firm, Change Capital Partners. His 8-year stint as head designer brought new creative direction to the brand, infusing it with modern twist and colour. Change Capital Partners held onto the company for 2 and half years and in turn, sold on to Japan-based Onward Holdings Co for a reported €167 million.

After leaving the brand in 2004, Jil Sander 'retired from the fashion world' only to emerge from a 5-year sabbatical with a hugely successful collaboration with Japanese label Uniqlo. She worked with the brand creating three seasons of the now highly credited +J capsule collection. Described as a 'uniform for the future', Sander's collection was a showcase of her hallmark minimal tailoring combined with well-crafted 'fast fashion'. The 3-year partnership that relaunched her career ended in 2011 just as Raf Simons was readying himself for Dior.

With Simons departure in 2012, Sanders rejoined the company, with a spring/summer 2014 collection shown in Milan. However, it was to be short-lived. To the astonishment of all, she left the brand again in 2014, leaving the house initially without a designer. Rodolfo Paglialunga was appointed in 2014, leaving 3 years later and recently husband and wife team, Luke and Luice Meier (no relation to the architect) have filled the post. Lucie Meier is reported by WWD to have said "My mother is a big Jil Sander fan, those were the only designer clothes she would buy... She would dress superchic in Jil Sander clothes and I liked their impact, how they would transform her." Testament indeed to the brand's enduring appeal.

Certainly, her style has endured and despite the ups and downs (which fashion house is immune?), she has emerged as an icon of our time. The Jil Sander exhibition reveals the exceptional detail and continuity that Sander has practised and achieved over decades, leading to her reputation as a doyenne of her craft.

Now aged 73, Sander has retired from fashion and takes her place amongst the 20th century's defining modernist figures.

Bonaveri was at the opening of the Jil Sander Exhibition and has published a video of the event here.